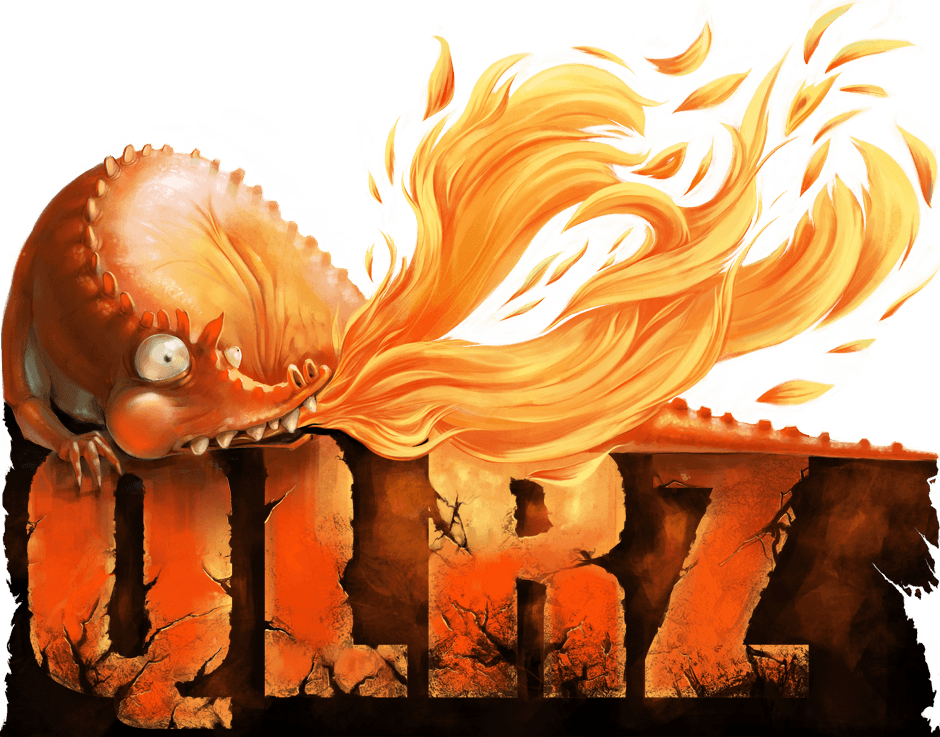 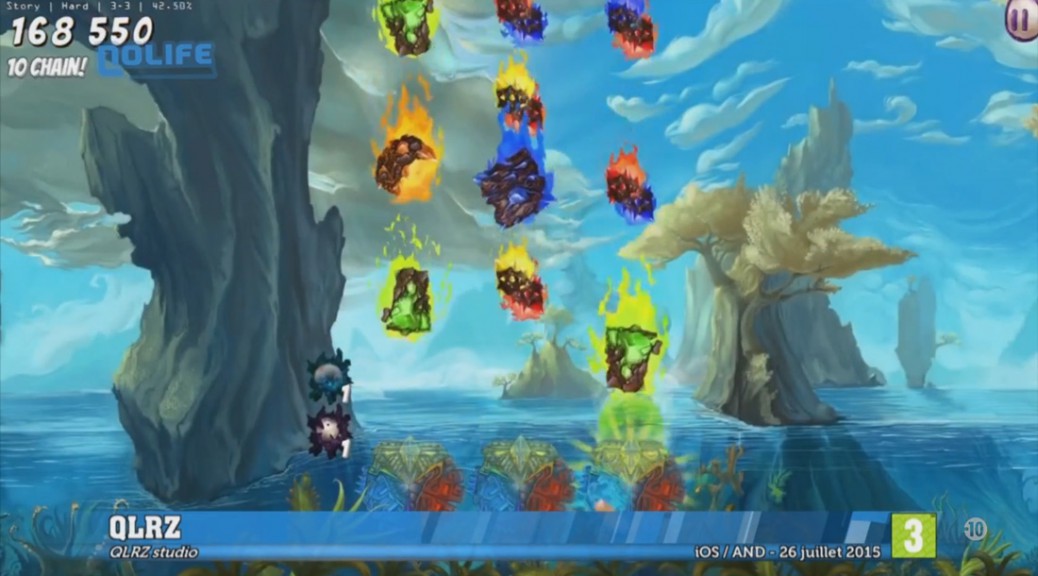 QLRZ (colorz) has had the honor of being featured in Stamina, a Nolife (french video game TV channel) show by Medoc! 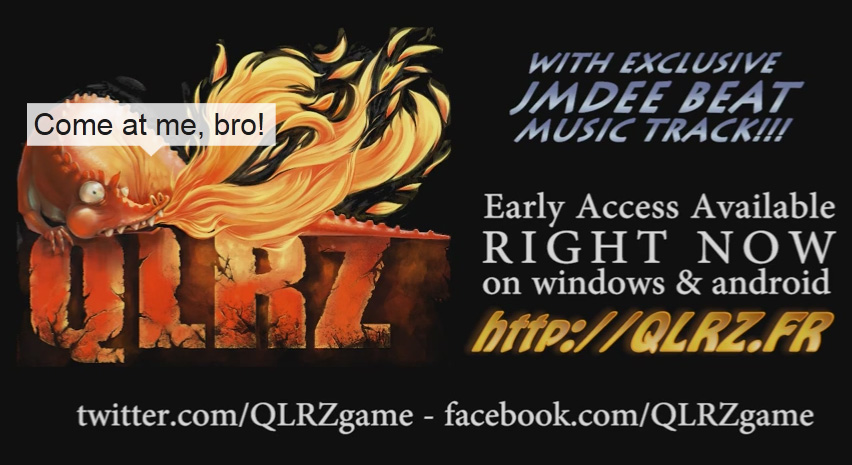 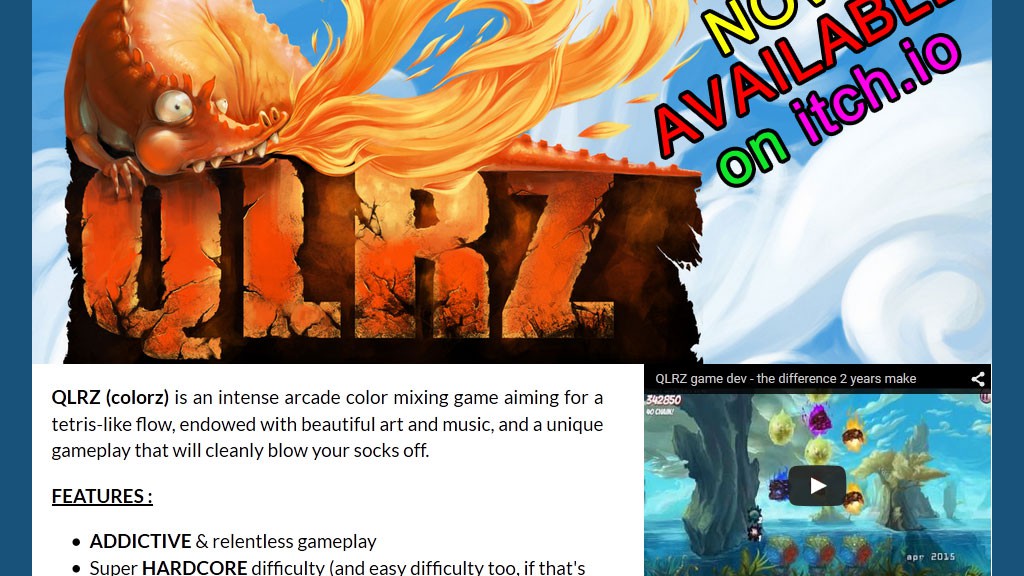 Nearly 700 days after the initial idea and the first prototype, QLRZ (colorz) is now available as a pre-alpha early access game for windows and android platforms!

You can download the game for free at http://qlrz.itch.io/qlrz.

And you can also support the game, by making a donation, by telling your friends about the game, and by giving us sweet feedback.

QLRZ is now able to adapt to many different screen sizes and ratios, from mobile phones to 4K TVs, whether in portrait or landscape… : 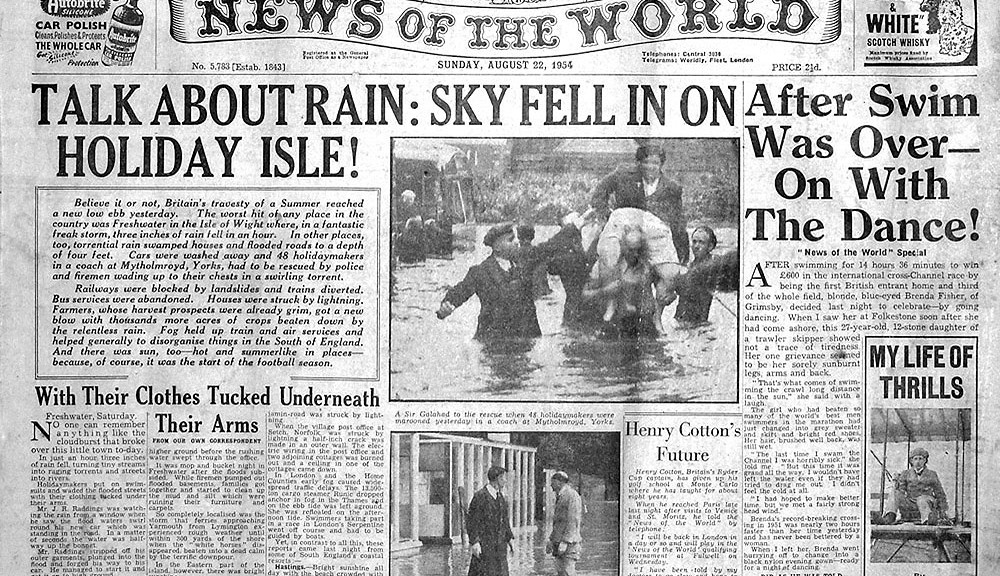 – QLRZ is part of the European Indie Game Days Awards 2014’s selection. You can vote for us (and other games) on their website : http://www.eigd.org/fr/content/qlrz. Votes are opened until november 24th.

– we’ve also been selected to present the game at the november 28th’s Pitch My Game. It’s a free event where you can discover the next videogames hits. Again, all the information you need is at Pitch My Game 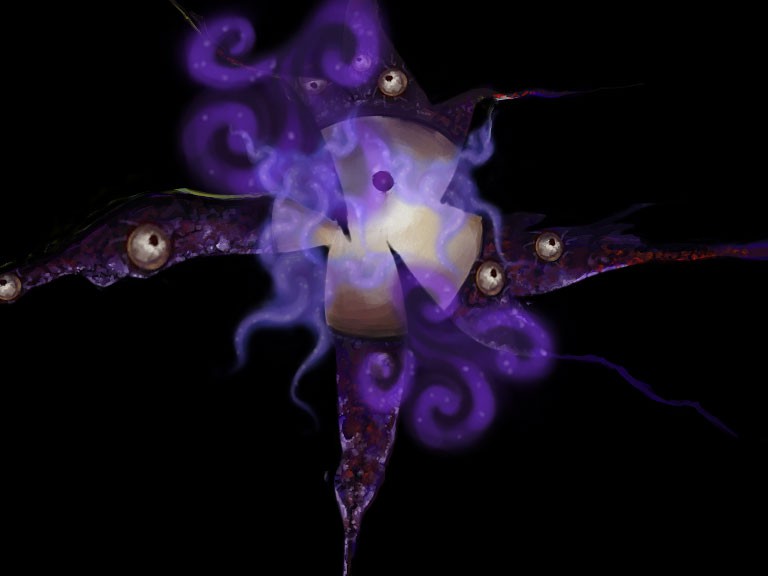 Here’s a short video, we think time has come to show a bit more of our game.

The video really starts at 00:19, and please don’t hesitate to click full-screen mode.

Ingame music is “So Sick (instr.)” by JMDeeBeat. 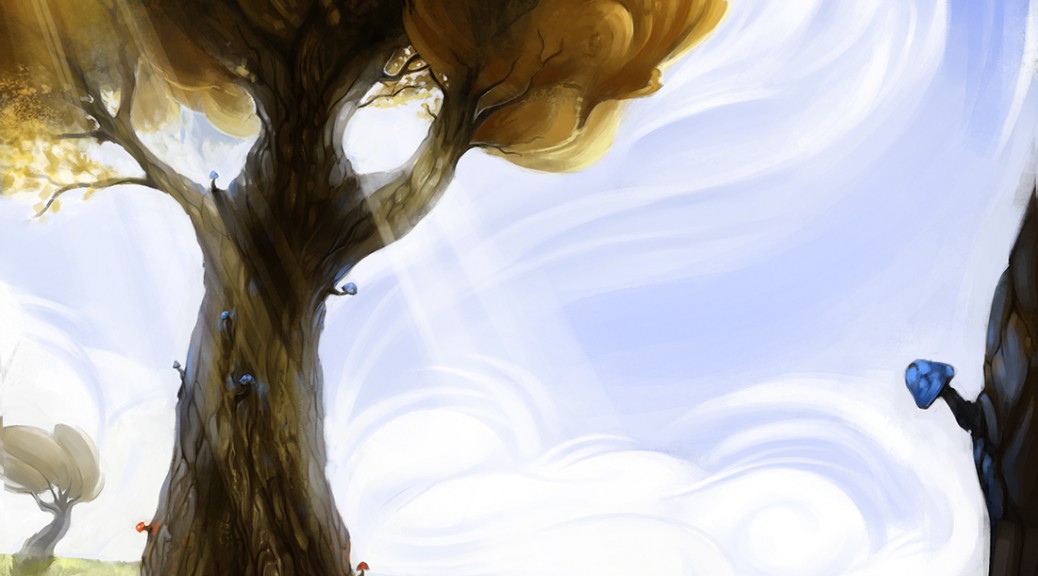 The current title screen for QLRZ is really starting to kick major booties, so here it is for your enjoyment.

An original realisation by the great Lionel Prats, © 2014. 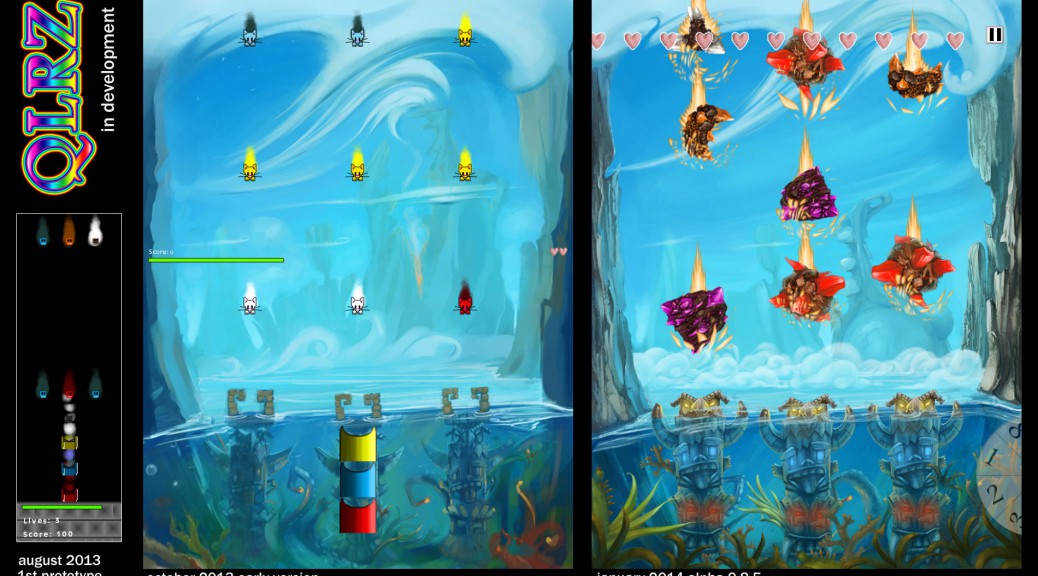